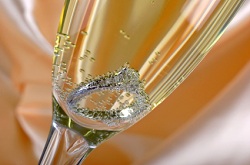 Marriage in the State of Louisiana is governed by the Louisiana Revised Statute 9, Code Title IV – Husband and Wife. Marriages in Louisiana are valid between a man and a woman. Cousin marriages are allowed, however same-sex marriages are not valid.

You must apply for a marriage license before getting married, and there is a 3 day waiting period before a marriage can take place after the license has been issued. There is no standard waiting time for the issuance of the license itself. The license can be issued by the State Registrar of Vital Records, a judge of the city court, a clerk of a court or a district judge. License fees can vary from county to county, however the standard fee is $25.

Both parties must be over the age of 18 in order to marry, if one or more of the party is 17 or 17 years old, parental consent must be obtained. If the party/ies is under the age of 16, they can not marry without a court order.

The marriage ceremony may be performed by an official of a religious society, a state judge or justice of the peace. Other officials may perform marriage if they have registered to do so with the clerk of the court or the State Registrar of Vital Records.